If you follow ROH, then you'd understand why i say, that even if it was advertised 2 v 2 v 1 it wouldn't change anything. This is no different than if the guy was laid out backstage 20 minutes before bell time in a planned angle. The match was clearly booked to set up Kingdom vs. Doc/Karl for Doc & Karls tag titles.

Have any of you guys even watched the match yet?
I'm here... sometimes

I've seen it. I don't see how a company is booked should change how we score things - if we do it on a case by case basis like this then it's just going to come down to personal opinions. The fact is there was a wrestler missing from the match and if that's not a significant change then I don't know what is. I'd even argue that if a guy is taken out storyline wise it shouldn't count - the exception being forfeit wins.

I think Dub worded it better than I was.

I haven't seen it yet, I'm going to hence not reading any spoilers on the rest of the show.

MVH wrote:If you follow ROH, then you'd understand why i say, that even if it was advertised 2 v 2 v 1 it wouldn't change anything. This is no different than if the guy was laid out backstage 20 minutes before bell time in a planned angle. The match was clearly booked to set up Kingdom vs. Doc/Karl for Doc & Karls tag titles.

Have any of you guys even watched the match yet?

There's a difference between a planned angle, and altering a match to accommodate circumstances beyond their control.

It doesn't make a difference whether people follow ROH or not, people make their submissions based on the information provided on the PPV entry screen.

If it was advertised as 2 vs 2 vs 1, or I'd known about it before hand, I wouldn't have picked Gallows/Anderson. It was advertised as 2 vs 2 vs 2. Almost a third of the people entering picked Bullet Club to win. I imagine not nearly as many people would have chosen them had it been advertised as just Anderson.
Undisputed II Champion
TNA 09-10 & 10-11 Grand Champion
Stablewars: WWE Stablewars 16|TNA Stablewars 7
PPV: TNA Final Resolution 2005|TNA Destination X 2010|UFC 104
Titlewars: WWE Unified Tag|2-Time TNA Tag|TNA X Division|Cruiserweight|WWE Divas
Survivor: 21|Elimination Wars: 3|TV Wars: 2 and 64
Top

I'm all for a rule to discount matches no matter how significant the participants change.

What about stipulations? Cesaro/Kidd vs New Day was brought up, which featured a change of participants as well as stipulation. Like if Sting vs Triple H had a No DQ ruling added to it during the PPV, there's no way that should not count. 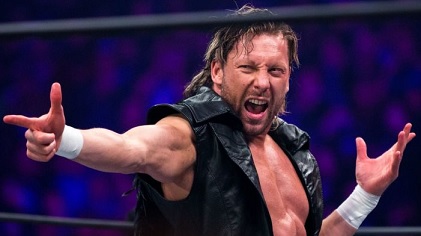 That Cesaro/Kidd vs New Day was changed to an eliminations match tho. I think that stip makes a big difference. Not sure if No DQ has the same effect but a No DQ stip being add could change the way I'd pick for a match because it would obviously give the heel the advantage. That could be the difference between me picking Ambrose thinking BNB was gonna get himself DQ'd and they'd just have a re-match vs me actually thinking BNB could win because of the stip. I know that match ended in a DQ the other way, unexpected to me, but the difference between a straight up first title match between the two and a No DQ match would make me change my mind on the pick. I'd say the same would be true of Rusev/Cena for a lot of those people that picked Cena. I'd go as far to say that Rusev would have been heavily favored pre-PPV if a No DQ stip was announced vs the pretty much half and half. To then count the match after the No DQ was added during the PPV seems wrong to me.
- 7x SW
- 39x TW
- 8x PPV
- 3x MITB
- 2x EWars
- 7x Survivor
- 3x TV Wars
- 3x Cup Games
- 4x PPV Wars
- 1x iWars
- 1x Ultimate Endurance
- 7x Jobber Wars
- 2x Bracket Brawl
- 9x Tag Team Challenge
- 2x Last Man Standing
- 1x SW Draft
- 1x Play-Per-View League
- 1x Lethal Lottery
Top
Post Reply
36 posts